Are you searching for trusted legal counsel?
Put our experience on your side. 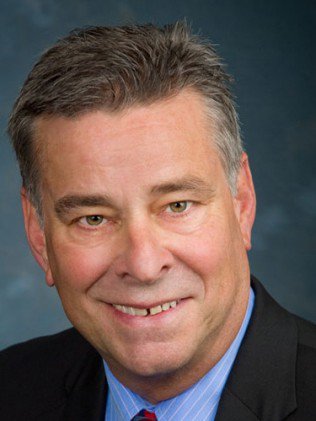 From a very young age, Mark K. Sullivan always knew that he enjoyed helping people. He always enjoyed serving as an advocate for others, whether it be for someone's individual rights or a worthy cause that needed a passionate advocate. After deciding to attend college at Saint Joseph's College of Indiana, Mark chose to study political science so that he could further his understanding of both government and politics on a local and national level. After graduating in 1974, Mark decided that the easiest way for him to have a positive impact in his community while still helping others would be to attend law school and become an advocate for the people.

Mark was quickly accepted into the University of Louisville School of Law where he would study under some of the brightest legal minds at the time. When it came time to graduate in 1979, Mark realized that he had a strong passion for arguing a case and convincing people of a position — so he set out to become a criminal prosecutor in Central Indiana. He worked hard to become elected as the prosecutor of Pike County, working inside and outside of the courtroom to help convict some of the state's most dangerous criminals. He loved being a part of the justice system and helping individuals and families who had been victimized by criminals seek the justice they deserved. By 1993, Mark returned to Indianapolis where he was made Chief Trial Deputy Prosecutor for Marion County.

I pride myself on meeting the unique needs of my clients by providing experience and advocacy through every step of the legal process.

Despite his continued success as a prosecutor, Mark decided to leave the public service sector and become a partner of Tabbert, Hahn, Earnest, and Weddle where he began working in other areas of the law to broaden his abilities as an attorney and add to his experience. He took on personal injury cases to help victims get through hard times by seeking compensation for their injuries so they could get their life back, and was also able to begin taking on cases within the areas of healthcare law, business formation, governmental affairs, and will drafting.

By 2008, Mark had nearly 30 years of experience under his belt and finally felt confident enough to set out on his own. He decided to open the doors to his very own firm, Mark K. Sullivan & Associates. In doing so, Mark believed that he would be able to better manage his caseload so that he could provide a higher level of personalized service to each and every one of his clients. Having served Central Indiana for nearly 10 years, Mark K. Sullivan & Associates is proud to continue to provide Indiana residents with experienced legal counsel and representation that is both practical and cost-effective. Helping people is what originally drew Mark to the legal profession, and it continues to serve as a motivational drive nearly 40 years later.

Reach out to set up a free consultation